July 23, 2018
Gardening is cheaper than therapy...a common phrase we hear all the time. I never really thought much about it until this weekend when I was in my Dad's garden.


My Dad’s garden also known as Grandpa’s Garden. He spent many of hours out there; planting, watering, weeding, harvesting and who knows what else. We never really understood the reasons he spent so much time out there. It was his time. His therapy. It was what he enjoyed to do. Gardening was his therapy. His time to relax and focus on those little plants. 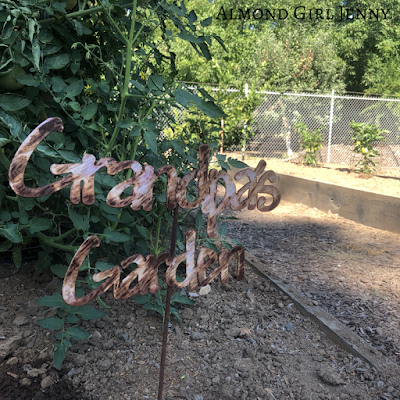 He always had a large raised bed garden. When I was kid I have fond memories of the garden and growing veggies with my Dad. He always planted his garden on Good Friday. God would help his garden grow if he planted it then and he always had a bountiful garden. Tomatoes, bell peppers, zucchini, squash, cucumber, eggplant, green beans, pumpkins, sunflowers and whatever he wanted to try. It was his place that he loved.

This year he planted the usual tomatoes, peppers and squash that keep getting too big. He planted cucumbers that are overwhelmingly bountiful. He planted green beans and sunflowers that are wishing he was still here to give them to TLC they need. But he planted new things this year, too. 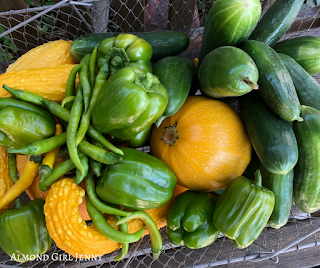 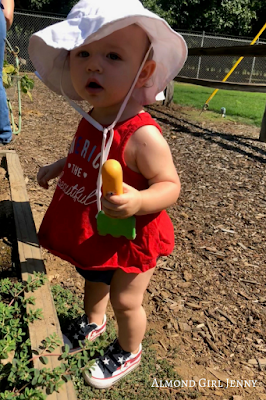 Why? We may never know. Why he decided this year he was going to plant summer ball squash, that look like pumpkins and we aren’t really sure what to do with? Why this year he decided to plant cayenne peppers? We aren’t particularly a spicy food family, but now we have peppers overflowing everywhere. It is kind of like he wanted to make sure we kept his garden going, even if he planted some off the wall stuff we didn't know what to do with. It is like he wanted us to think of him every time we cooked the veggies. Every time we looked up new recipes. Every time we harvest his garden.

But we figured out how to cook these ball squash and I took some cayenne peppers home to see if I can sneak them into some dishes. But he couldn't plant his pumpkins this year.

So, this weekend we planted pumpkins in Grandpa's Garden. He always leaves a planter bed open for planting pumpkins in July. So, my sister and I took our kids to Grandpa's Garden and planted pumpkins. We probably didn't do it how he wanted, or when he wanted us to. We probably didn't plant enough, or we planted too many. But I know those pumpkins will be special this year. Those pumpkins have a special helper up in heaven watching over them.

Now those plants are our therapy. I may live 350 miles away from Grandpa's Garden, but every time I go home, I will be spending time in that garden. Maybe the tears we shed will help those pumpkins grow. Maybe our guardian angel will make the best crop yet. Or maybe us girls ruined the planting and nothing will sprout.

Whatever it is, it will always be Grandpa's Garden and that garden will forever be in my heart.