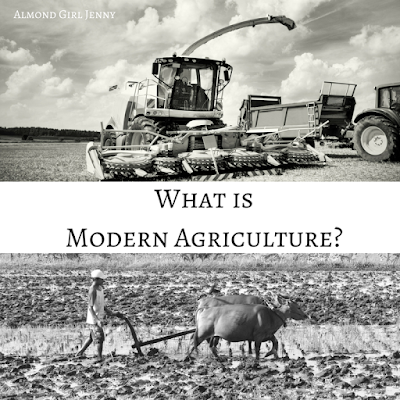 
"Modern agriculture is necessary, just not necessarily for me" Adrian Percy, the Global head of Research and Development of Bayer Crop Science hit the nail on the head as he opened the Bayer Agvocacy Forum at the end of February. According to recent studies and surveys the average American agrees with this statement. They see the need for modern agriculture, dare I say GMO's even, but they don't think they are for them.


You may disagree with farmers spraying pesticides on their farm but you will buy organic because it's "pesticide free". Sorry to burst your bubble, but organic farmers spray pesticides too. Or you may just buy a bottle of weed killer for your back yard but not realize the chemicals you are using or even the ones under your kitchen sink are worse than the chemicals farmers use.


Society has to decide what innovation they want to accept, to allow agriculture to succeed. Raw. But true. Innovation isn't evil. Modern agriculture isn't evil. Do you give your child Tylenol when they are sick? Do you take aspirin for a head ache? These medicines are around today because of research and science. Let's understand the mound of research that is done in modern agriculture before we cast judgment on it.


Did you know that before a new chemical or product can enter the market place there is 10-12 years worth of research and millions of dollars invested in it? That's a lot of research and a big investment! Now, why do we look down upon science in agriculture but not on the research that is being done in medicine and health?
Modern agriculture is what enables farmers to be productive, profitable and efficient. If we still farmed like they did in the 1940's then we wouldn't be the best stewards to our land. Today, we are able to farm on less land and with less inputs than the generations before us. This is due to modern agriculture. Efficiencies in our irrigation systems helped us develop drip irrigation as opposed to flooding our fields. Efficiencies in our inputs help us use less fertilizers, herbicides or nutrients than we used to. Efficiencies help farmers to learn how to farm on tighter spacing, inter plantings or to get more cuttings on a crop than we used to. It is because of modern agriculture that we are able to farm today.


Give it some thought, maybe modern agriculture isn't all that bad.


Disclaimer: The idea behind this post came from attending the Bayer AgVocacy Forum where all my expenses were paid for by Bayer CropScience, but my comments and opinions are all my own!