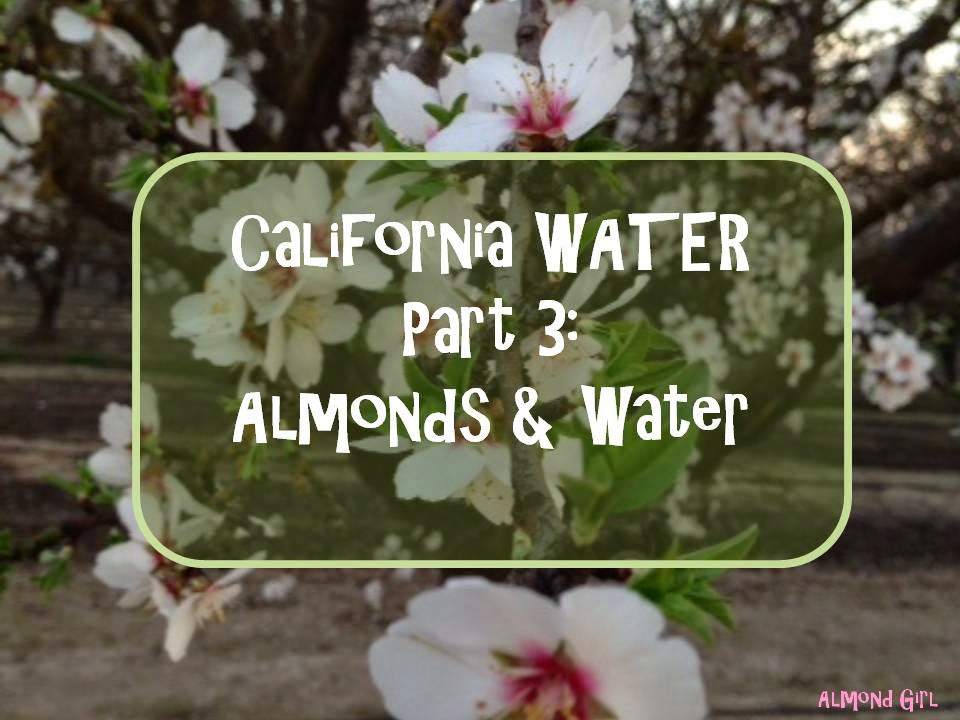 With all of California on a water allocation everyone is tense and looking for someone to blame so I am trying to help provide some facts in this California Water series. Agriculture was first up to blame because it was spread all over that we used more water than we actually do. Next, Almonds have been demonized all over the news recently as well. During all this hustle and bustle of negative news a great 8 Facts about Almond, Agriculture & the Drought was released by the Almond Board to share the truth. But almonds are a large target. Almonds are the single largest agriculture exporter in California. Almonds are Americas #1 snack nut. In 2014, California produced 1.9 billion pounds of almonds making it the largest global, international and domestic year for shipments ever! With all these great accomplishments comes a big target though. 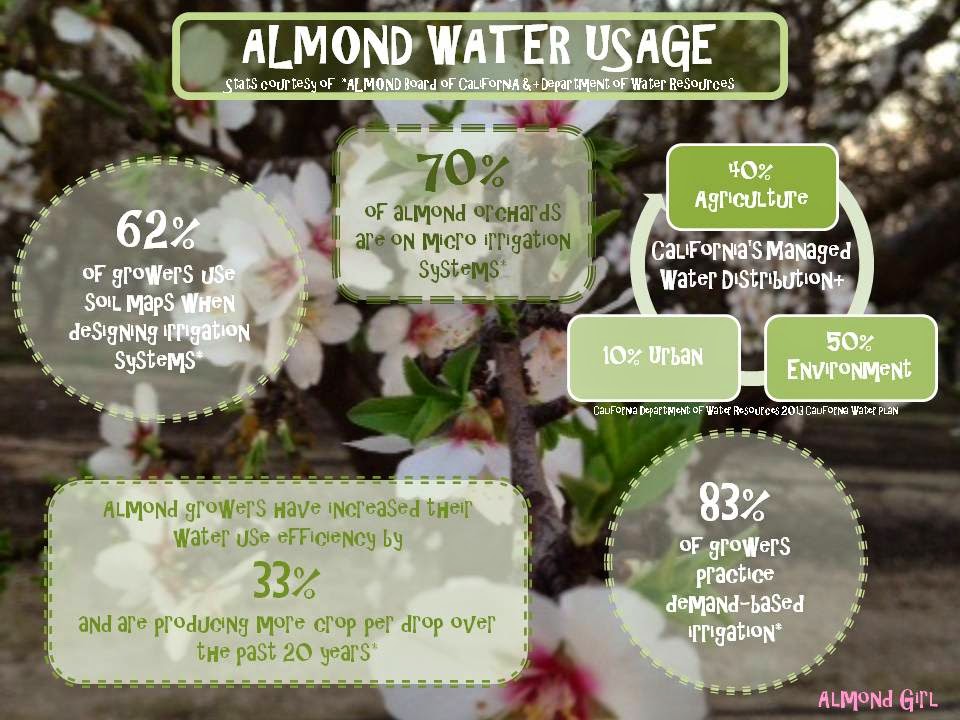 Over the last 20 years, almond farmers have improved their water efficiency by 33%. I think that’s pretty good! 70% of almond farmers use micro or drip irrigation. I would also agree this number is great. I know a lot of farmers 10-20 years ago who irrigated using flood irrigation who are now using micro or drip to better use water and penetrate the root zone more effectively. Farmers have done a lot of education and research to figure out how to do more with less. This ain't our first rodeo! This isn’t our first year being cut back on federal and state water. We have had to learn to adapt. The Almond Board of California has been researching water efficiency and uses since 1982. Now looking at all these fine stats, I would have to say almonds have been doing their part.

California as a state has grown and with that more and more of our land is now used for urban communities and less being used for farm land. Farmers have had to learn to produce more with less. Over the last 40 years, California agriculture value has contributed 88% more to our state with 20% less water. We are doing more with less just look at how by this great graph from the Almond Board showing just how dramatic the population rise has been versus our land in productive farms. 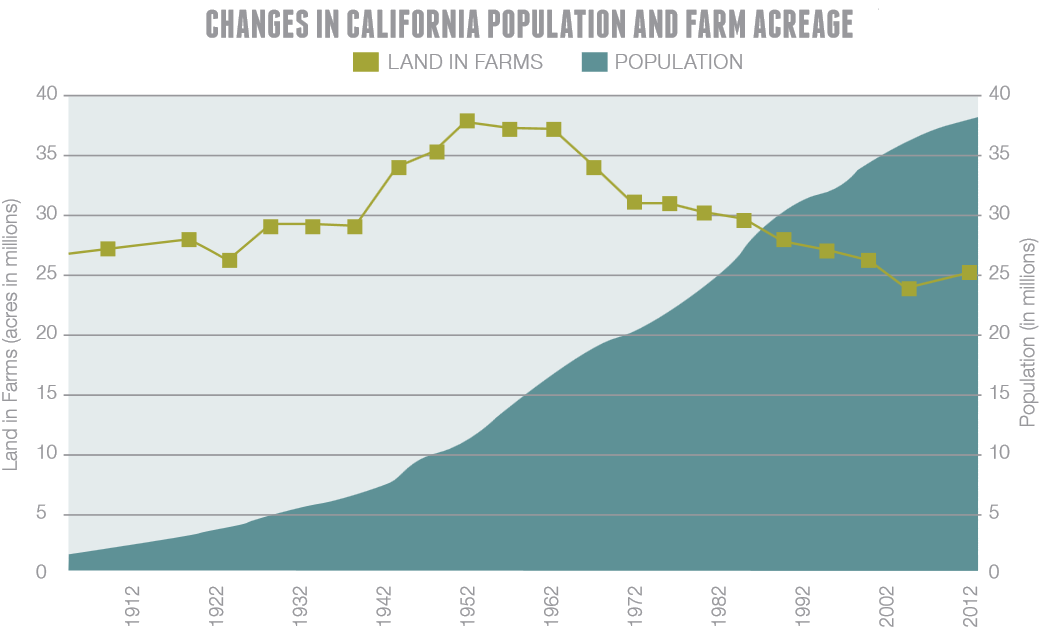 The water almond farmers’ use doesn’t just go towards the nut either. Almonds are comprised of three parts; hull, shell and nut. The kernel is the nut that is consumed in its raw form, is also used for confectionery purposes, used to make almond flour for gluten intolerance, and almond oil for your beauty products. The shell is used for animal bedding, in your garden beds like wood chippings, and is used in co-generation plants to make energy. The hull is used for animal feed and is a good alternative to alfalfa in times of drought. So water for our almond trees actually produce much more than a nut!

Now you have the facts and you can decide for yourself, are almonds really the demon they are portrayed to be?