March 05, 2014
Well, the Central Valley finally received some rain last weekend! While some parts of Northern California had a few inches, and neighborhoods in Los Angeles were being evacuated for fear of mud slides, the Kern County communities received anywhere between .35-.85 inches. It seems crazy, in our town some roads were flooded and lots of orchards lost hundreds of trees, and we didn't even get an inch of rain. What was most important was snow in the mountains and rain near the dams, which we received lots of. We are very thankful for what we received! But just because we received some rain we aren't free and clear, we are still in a drought. It could rain every day for the next month and we will still be in a drought.

The California Precipitation Stations measured Bakersfield to have received 1.55 inches of rain this season. Whereas in a normal year we should have received 4.57 inches thus far. The Central Valley is having 1-2 day periods of rainstorms and heavy wind followed by 30+ days of 70-80 degree weather. Our cities, drainage systems, highways, dams, all of our infrastructure is not built to handle this.  When orchards receive large amounts of rain and the soils become saturated, the root systems become weak. When this rain comes with heavy winds almond trees just fall down. Fifteen plus year old almond trees are extremely top heavy trees with poor root systems. Our farm lost about 200 trees from old orchards like these. Our orchards and fields are just not built to handle this. Pray for continued rain and that it comes over time, not all at once. 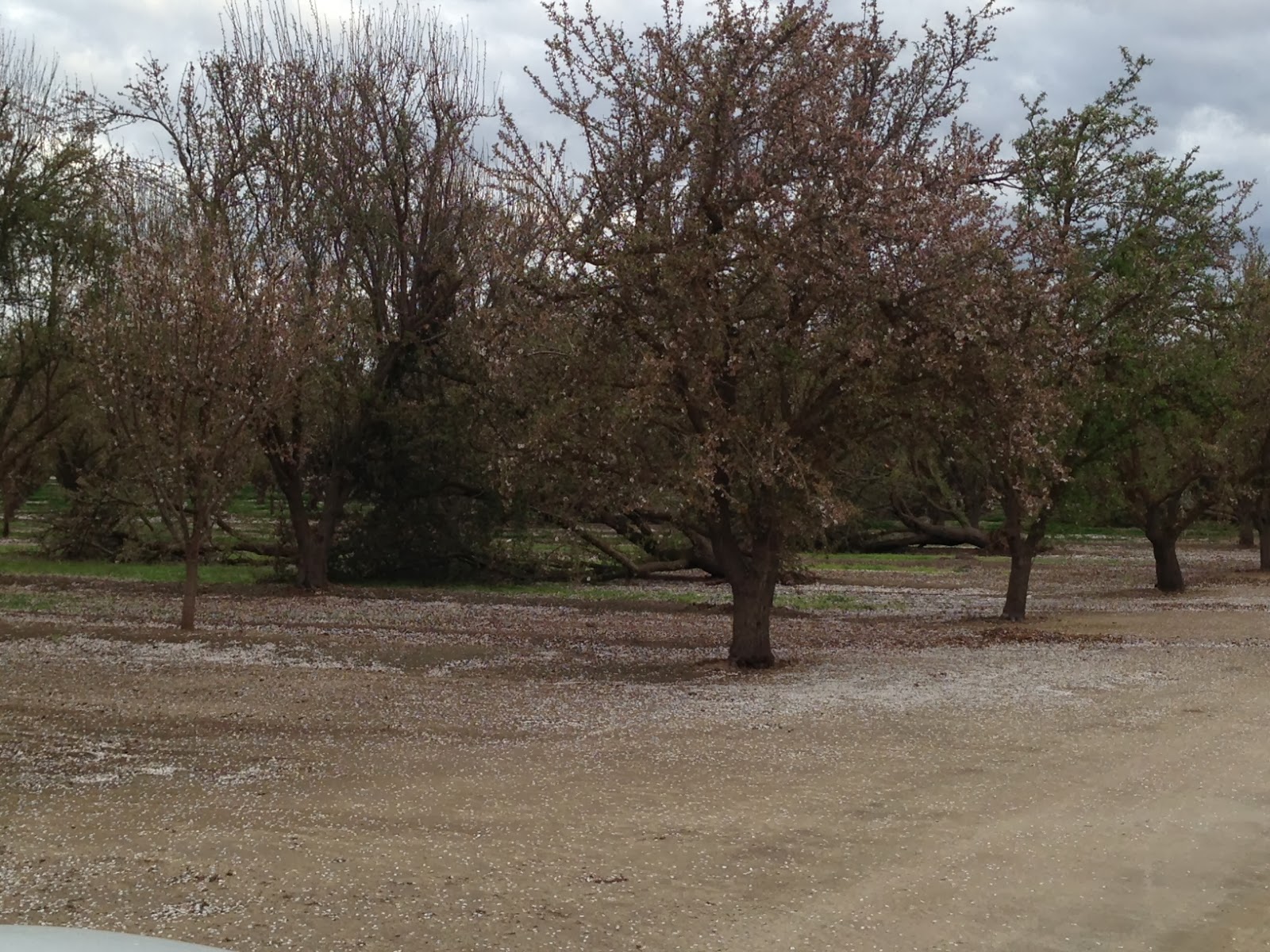 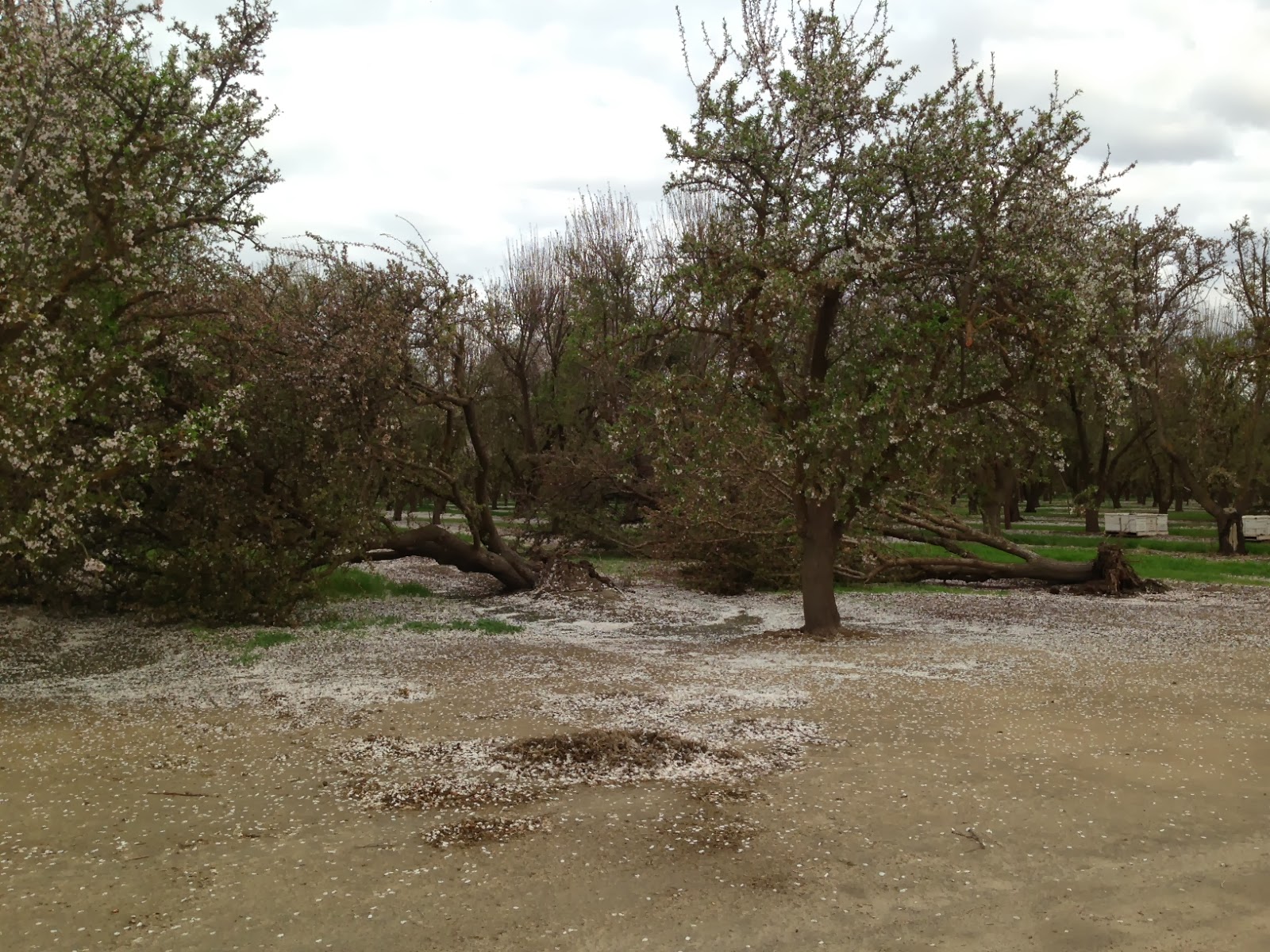